I’ve just returned from an amazing trip to Colorado. Being a Midwestern girl I had no idea what to expect.

Words cannot express my appreciation for the beautiful landscape. I often found myself limited to simply conveying my awe with the words, “Wow! God did this!” 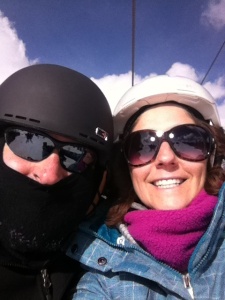 The vastly different landscape fascinated me and had some pretty dramatic affects on my body.

The first thing I noticed was a dull headache – nothing too painful but definitely an indication that something was wrong. Thankfully there was plenty of water around and after consuming about double what I normally would I found myself returning to normal.

As a runner and one who enjoys cardio workouts I was shocked when we arrived and I “sucked wind” to just get through my first day on the slopes. Simply walking my snowboard from the bottom of the mountain back to the lift left me feeling completely out of breath and thankful for the long lift ride to recover.

The thing about that long ride is that there is also a long distance down! I saw one sign that said the ride down was 2 miles long. As one who learned to snowboard on hills in Michigan the mountain terrain was unlike anything I had ever seen. Needless to say the trip down required more breaks than normal.

By day four the fatigue had set in. My quad muscles were so tired that just standing caused my legs to bounce and shake. As I headed to the top of the mountain I had lost all the courage I had the first couple days. My trips to the bottom were extremely slow to help me stabilize on the snowboard.

After just 3 trips down I realized that my body had simply had enough. The rest of my afternoon would be spent watching college basketball in the lodge.

While disappointing that my last day turned into a bust for snowboarding I was overall thankful for the lessons I learned on one of the best vacations of my life.

First, when on vacation and participating in physical activity it is imperative that you listen to your body. The headache was my first indication of the possibility of altitude sickness. If I had not taken in the amount of fluids that I did I most certainly would have experienced more dramatic effects of the altitude.

Secondly, it was very apparent that just because I was capable of certain things on my own terrain didn’t necessarily mean that I was going to be able to succeed with those same tasks in a new environment. The steeper and longer slopes kept me from perfecting my turns and the lessened oxygen levels kept me from successfully running the stairs at Red Rocks.

The last and probably most important lesson was despite any physical or environmental limitations I learned how to embrace the challenges and have fun! It’s easy to get discouraged when you are accustomed to performing at a certain level and you’re unable to attain it, however, the simple fact of getting out there and experiencing new challenges. Trying something new is an accomplishment in itself and should be enjoyed and celebrated!

Want to work with me?

I want to help you get healthy and feel better about yourself. Here’s my three step plan:

1. I assess your current exercise and eating lifestyle.
2. I create goals based on a custom plan that will work for you.
3. I help you follow the plan and keep you accountable. Interested in learning more?

Just send me an email and we'll figure out a time.

If you sign up for my newsletter you'll receive occasional deals on training sessions, free training tips and a wrap-up of my best posts from Facebook, Twitter and my blog! 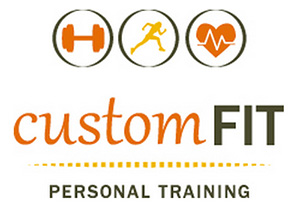